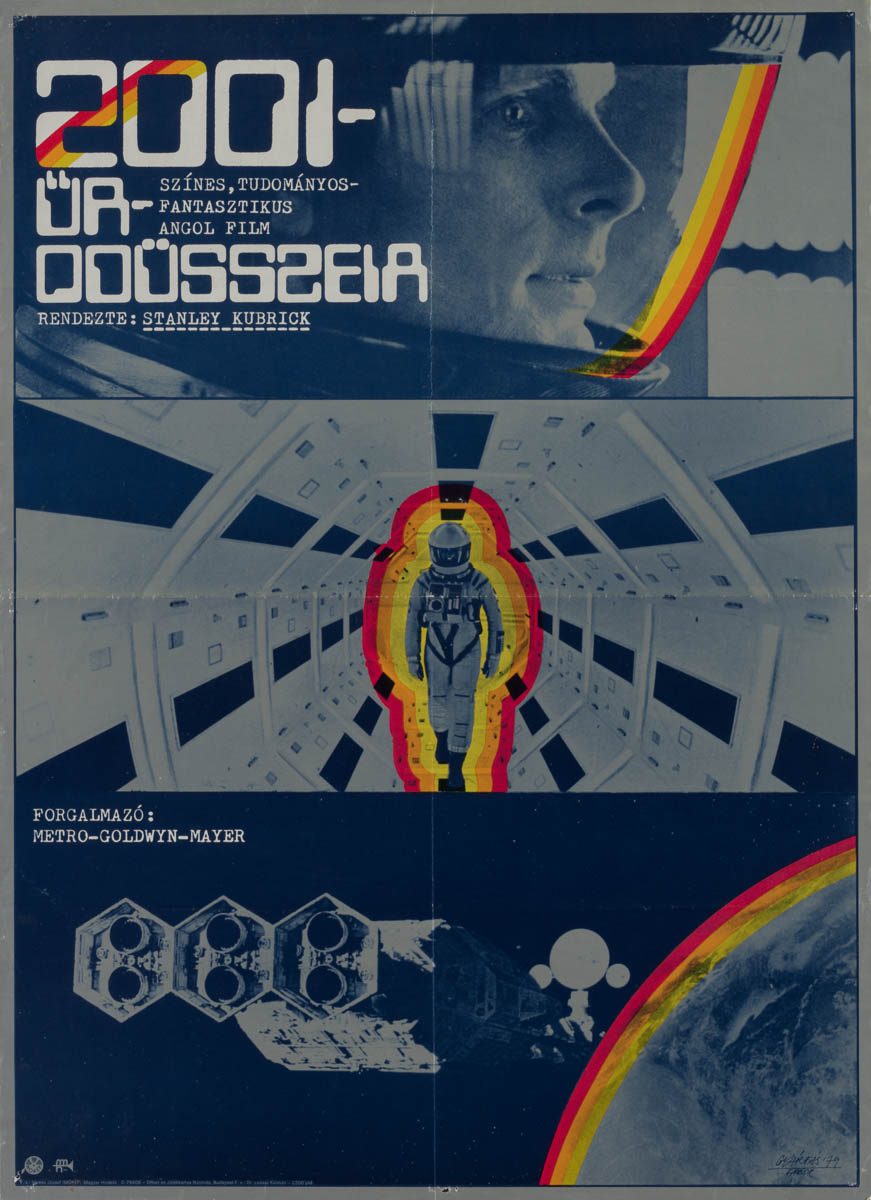 The wide variety of poster designs and importance of the film make 2001: A Space Odyssey consistently one of the most collectible titles. When this movie was finally released in Hungary, poster artist Gábor Gyárfás came up with an amazingly simple, yet stunning design. This poster is easily one of the most beautiful designs for the film and it’s rarity can not be emphasized enough! 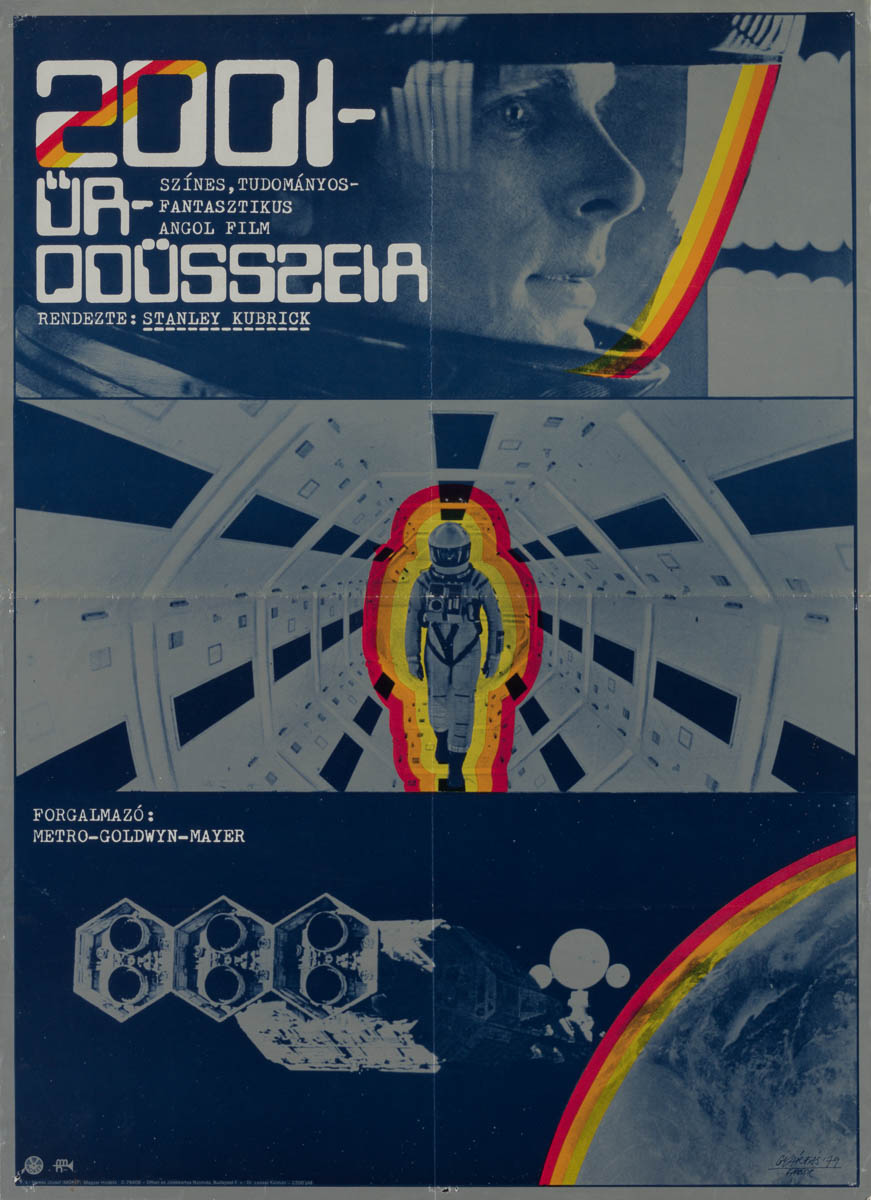 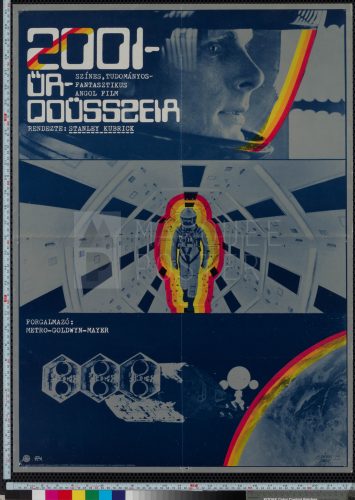 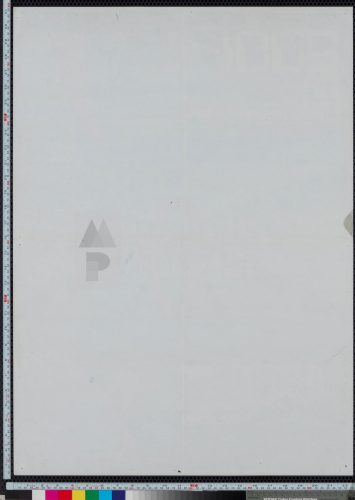